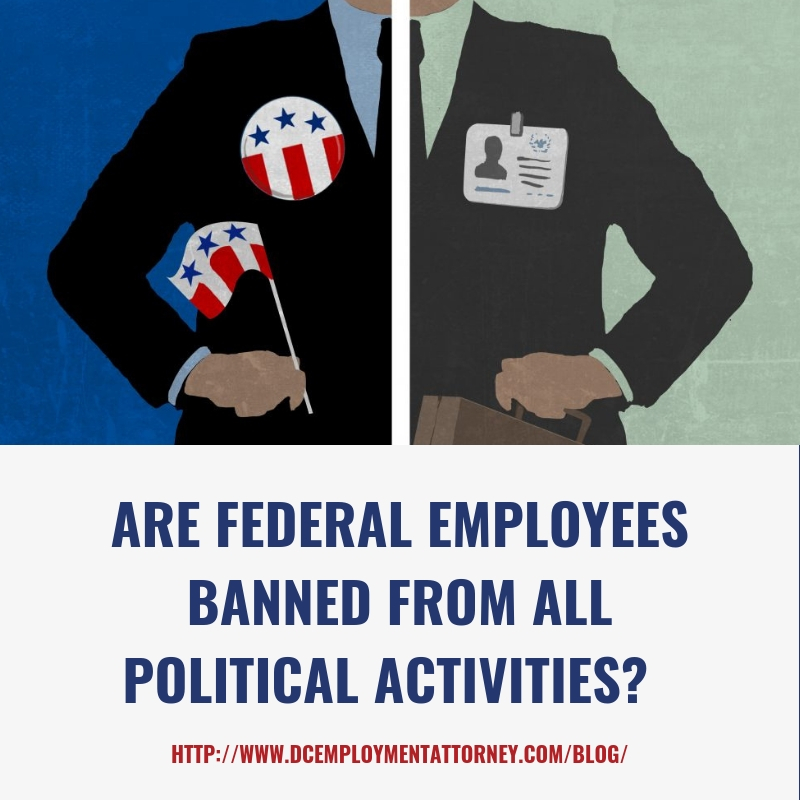 Earlier this year we discussed the government’s ability to limit the partisan political activity, including in some cases the free speech, of executive branch employees through the Hatch Act.  We noted in that post that beginning on March 1, 2018, that employees of the Administrative Office of the U.S. Courts (“AO”) would be restricted from engaging in several types of partisan political activity as a result of a new policy enacted by the AO.  As it turns out, two employees of the AO, which handles administrative matters (e.g. IT, HR, etc.) services for the federal judiciary, challenged the restrictions in federal court and asked the court to stop the AO from enforcing the new restrictions.

In reaching a decision, the Court needed to balance the interest of the government, which was described as protecting the appearance of impartiality and integrity of the judiciary, and the interests of the employees as U.S. citizens to engage in free speech, including certain partisan political activity such as expressing political opinions, making contributions or attending partisan events.  The Court, and the AO, agreed that the new restrictions “impose a significant First Amendment burden on AO employees’ rights of free speech.” Id. at 11.  The Court then analyzed whether the feared threat to the public’s perception of the court’s integrity and impartiality was sufficient to warrant such a burden on employees’ first amendment rights.

The AO failed to provide a strong articulation for why administrative employees engaging in partisan activities outside of work would tarnish the integrity of the judiciary. The best explanation was that it would cause people to believe that “partisanship has infected the judicial decision-making process.” Id. at 14. However, the Court noted that AO employees are not the same as federal judges. While a federal judge may have their speech more sharply curtailed given their direct role in the judicial decision-making process, administrative employees are completely disconnected from that process and cannot reasonably exert any influence over judges’ decisions.

With that in mind, Court found that while two of the restrictions (organizing and managing political rallies and driving voters to the polls on behalf of a party or candidate), would not be blocked, the remainder of the new restrictions were subject to the preliminary injunction.  The two restrictions that were not blocked by the Court had to do with proactive steps intended to “enlist partisan support of others” whereas the remainder were more closely associated with expressions of personal interest and support. Id. at 17.

The Court noted that the Government presented no evidence that allowing AO employees to engage in the other seven restricted activities (e.g. expressing opinions publicly, attending events/rallies, being a member of a political organization) had previously damaged the court’s integrity or impartiality among the public.

Notably, the Court questioned how a member of the public would even know that someone expressing an opinion in public or attending a political event was employed by the AO to begin with. This highlights the important distinction between restrictions on employees during duty hours or in an official capacity versus what employees do on their own time.

The Court concluded the harm feared by the Government was too tenuously connected to the protected speech of AO employees to justify the preemptive restriction.  Thus, believing that the employees would likely prevail on the merits, and considering the severe and irreparable harm that an unlawful restriction of free speech entails, even for a brief period of time, the Court issued a preliminary injunction barring the AO from enforcing the seven restrictions.

This case reflects the real-world intersection between the importance of maintaining the appearance of an impartial and fair judiciary and the constitutional rights of the individuals who happen to be employed by the government.   While the Government has an interest in restricting the partisan activity of its employees, such restrictions must be tailored to address legitimate, and not wholly speculative, risk to the Government or else the first amendment rights of employees as citizens will prevail.