Our client was a high-performing Special Agent with the U.S. Department of the Navy, Naval Criminal Investigative Services (“NCIS”).  After 15 exemplary years in his position, he took leave to address depression.  NCIS required him to pass a fitness for duty exam before returning to work.  Complainant passed the exam, and Federal Occupational Health (FOH) declared him fit for duty.

Instead of returning Complainant to duty, the Assistant Director of Human Resources (HR) for NCIS convened a teleconference with FOH.  As a result of the call, the FOH suddenly reversed its opinion, even though there was no new medical documentation.  After speaking with HR, FOH declared Complainant unfit for duty because he could not deploy worldwide. 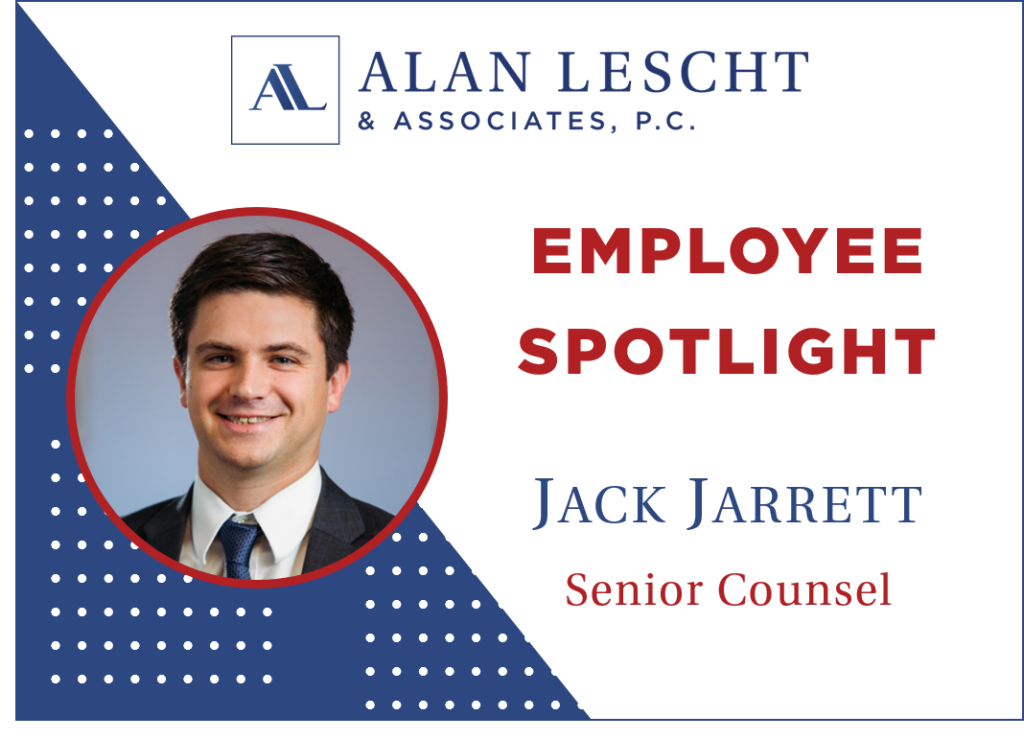 NCIS reassigned Complainant to a non-law enforcement position, which resulted in a significant loss of pay and made Complainant ineligible for law enforcement retirement.  Complainant filed an EEO complaint.  He alleged that NCIS discriminated against him based on disability by failing to reinstate him as a Special Agent.  He retained our firm to represent him, and Senior Counsel Jack Jarrett handled the case.

During litigation, Jack uncovered evidence that NCIS never intended to reinstate Complainant to his position—regardless of medical evidence.  Instead, the Assistant Director of HR, who is not a medical professional, denied reinstatement based on his personal belief that persons with mental health issues should not be armed.  The Assistant Director ’s belief directly conflicted with the medical evidence.  Both NCIS doctors and Complainant’s personal physicians found Complainant fully fit for armed duty.

At the hearing, NCIS claimed it didn’t reinstate Complainant because he couldn’t deploy worldwide, not because of his disability.  The FOH physician who conducted the fitness for duty exam similarly testified that she reversed her determination solely based on inability to deploy worldwide.  The physician had performed 20 to 25 fitness for duty examinations per year since 2011.  However, she claimed she didn’t know that Complainant’s job involved travel or worldwide deployment until the teleconference with HR.

Based on the evidence and legal arguments Jack presented, the administrative judge ruled in Complainant’s favor.  The judge concluded that the FOH physician’s testimony was not credible and that NCIS refused to reinstate Complainant because of his disability.  In fact, the EEOC judge found that Complainant was fit to deploy worldwide , and she ordered NCIS to reinstate him to the position of Special Agent, and to pay him lost back pay and employment benefits, $125,000 in compensatory damages for pain and suffering, and attorney’s fees.  The judge also ordered NCIS management and HR employees to take training on disability discrimination.

Are you the victim of disability discrimination?

This is a tremendous victory for Complainant and for other employees with disabilities.  The EEOC’s decision is a positive step towards eliminating the stigma associated with mental illness.  If you believe your employer discriminated against you based on a mental health condition or another disability, contact Alan Lescht and Associates, P.C., to schedule a consultation.  We represent federal government employees around the world, and private sector and state and local government employees in Washington, DC, Maryland, and northern Virginia.