Hostile work environment not uncommon, according to recent survey 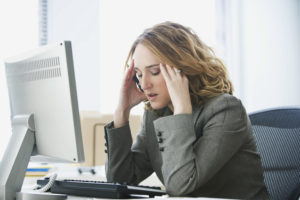 What is a hostile work environment?

Although the working conditions survey respondents reported sound downright cold, they may not be illegal. In employment cases, the law recognizes two types of harassment:

To make a claim for hostile work environment, you must prove:

Some examples of protected groups include gender, age, race, national origin, and disability. One way to prove that harassment is based on your protected characteristic is to show that your employer treated employees outside of your protected group better than you. For example, a female employee may be able to prove hostile work environment if she can demonstrate that male employees have better working conditions or benefits.

What should I do if I work in a hostile work environment?

A sample of our hostile work environment cases

Faraci v. CACI: We represented a government contractor who worked overseas. The arbitrator ruled in our client’s favor on sexual harassment and retaliation claims and, as a result, awarded compensatory damages and attorney’s fees.

Figueroa v. Savanar: We won a jury trial in a sexual harassment case and obtained a $200,000 verdict.