Can contractors file complaints against the federal government for discrimination? 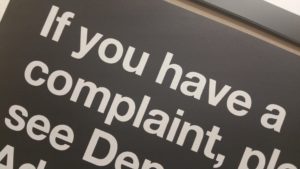 So your employer is a private corporation with a government contract that you have been placed on where your office is located in a federal agency and you work alongside federal employees without any distinction.  But are there differences between federal employees and contractors who are subjected to discrimination, harassment, or retaliation in the workplace?  The simple answer is Yes and No.

As a contractor, you are still covered under most federal and local anti-discrimination laws (subject to certain limits – i.e. number of employees, “independent contractor” status, etc.) and will retain your right to file a Charge of Discrimination against your direct private employer and subsequent lawsuit and/or arbitration demand based on employment terms.

The federal government was your joint employer

To hold the federal government accountable as a contractor, you’ll have to show that the government was your “joint employer.” A joint employment situation exists where two or more employers exercise sufficient control over a worker. In determining whether a federal agency is a joint employer, the following factors are considered:

None of these factors are decisive, and it’s not necessary to meet a majority of them to establish joint employment.

How hard is it to show the government is a joint employer?

The agency doesn’t have to completely control your activities; even partial control is sufficient to establish a joint employment relationship. Additionally, courts consider whether the agency is able to control the conditions of employment, not whether the agency actually exercises that right.

It doesn’t matter what the contract between the agency and the staffing firm provides in determining whether a joint-employment situation exists. Courts look to what actually occurs in the workplace, even if it contradicts the language of the contract.

Alan Lescht and Associates has experienced attorneys who can help!

Our firm has handled many cases involving the federal government as a joint employer. For example, we won a case for a staffing firm employee who worked within the Central Intelligence Agency. Although the Agency dismissed the case on the basis that our client was not a federal employee, the EEOC reversed the Agency’s decision and found that the government was liable for discrimination and retaliation as his joint employer.

Are you a federal government contractor who has suffered discrimination or harassment in the workplace? Contact Alan Lescht and Associates today. Call us at (202) 463-6036, or email us. We represent private employees in Washington DC, Maryland, and northern Virginia and federal employees around the world.

Why you need to know about adverse employment actions
Read More ›

When, where, and how to file a wrongful termination claim
Read More ›