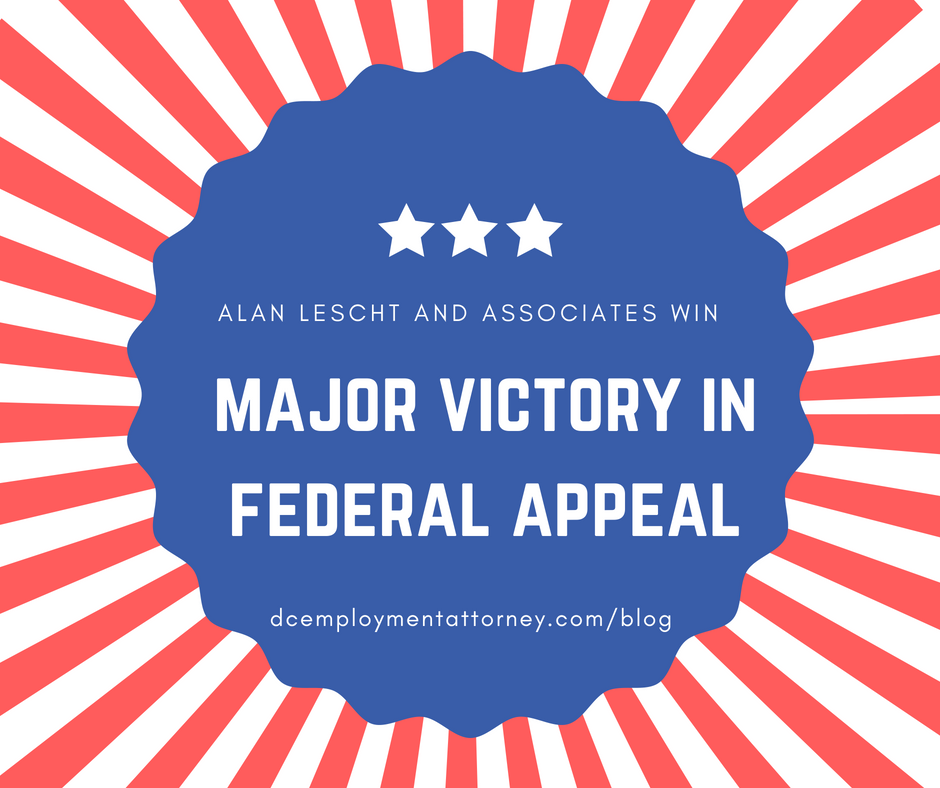 On Friday, June 29th, the U.S. Court of Appeals for the D.C. Circuit issued a decision in favor of our client, Dr. Jennifer Campbell. Dr. Campbell previously worked for the District of Columbia in a high-level position. In 2012, a contractor accused Dr. Campbell of misconduct. Instead of telling Dr. Campbell about the allegations against her and letting her respond, the District fired her and leaked information about the allegations and the firing to the media. As a result of the negative publicity, Dr. Campbell was unable to find a job in her profession.

The District filed an appeal, asking the U.S. Court of Appeals for the D.C. Circuit to reverse the trial court’s decision. We drafted and filed Dr. Campbell’s brief. Our co-counsel, renowned attorney David C. Codell, made the oral argument to the court in September 2017.

Friday morning, the D.C. Circuit affirmed the ruling in Dr. Campbell’s favor. The court agreed with us that Dr. Campbell presented evidence to prove her claim.

We are thrilled that we were able to obtain this result, and we offer our sincere congratulations to Dr. Campbell!